About the Divisa Ensemble

The Divisa Ensemble is recognized for its engaging performances and eclectic programming. The ensemble's unconventional instrumentation (flute, oboe, violin, viola, and cello) and "mix-and-match" approach allow for a wide variety of repertoire comprising all traditional and contemporary styles.

Since its premiere concert in 2009, the Divisa Ensemble has performed throughout the San Francisco Bay Area.

On every program the Divisa Ensemble showcases its diverse repertoire of the Baroque, Classical, Romantic, and Contemporary genres in a variety of wind and string ensemble combinations. The Divisa Ensemble has given formal concert appearances at venues including the Del Valle Fine Arts Series, St. Bede's Performing Arts Series, Manteca Kindred Arts Series, Old First Concerts, Trinity Chamber Concerts, and UC Berkeley Noon Concert Series. They have appeared as featured artists of the Vallejo Symphony and the San Francisco Chapter of the National Association of Composers.

The Divisa Ensemble has also appeared in less conventional venues. These types of performances include music and beer pairings at the Devil's Canyon Brewing Company and participating in World Music Day on the streets of Palo Alto.

The Divisa Ensemble has been the Ensemble-in-Residence of the acclaimed Golden State Youth Orchestra (formerly El Camino Youth Symphony) since 2010. Student chamber groups are mentored through masterclasses and weekly coachings led by the Divisa Ensemble in the Divisa Honors Program. Each year, the program selects exemplary student groups to perform in a concert with the Divisa Ensemble.

Each of the Divisa Ensemble members have trained individually at acclaimed music schools across the country. They currently teach and perform professionally throughout the Bay Area. 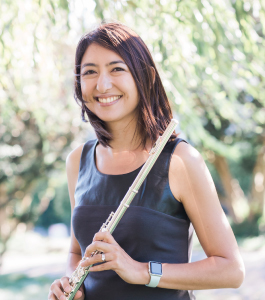 Tomiko Tsai is a flute performer and educator in the Bay Area. Tomiko performs often with local ensembles and as a soloist. Tomiko especially enjoys inspiring younger flutists. She maintains a full private teaching studio, directs several flute ensembles, and is a faculty member of the Northern California Flute Camp. Tomiko holds a MM in Flute Performance from the University of Southern California and BS/BA in chemistry and music from the University of Puget Sound. Visit www.tomikoflute.com to learn more. 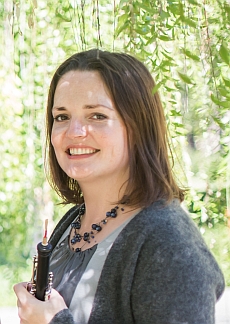 Oboist Meave Cox is an avid orchestral and chamber musician in the Bay Area. She earned her B.Mus. from the Boston University School of Fine Arts, where she primarily studied with Robert Sheena, as well as her MM from the San Francisco Conservatory of Music, where she was a student of Eugene Izotov and the late Bill Bennett. She has performed with many of the Bay Area's regional orchestras, and also frequently appears at Stanford University and other Bay Area venues. Meave particularly enjoys performing with opera companies, and of late has appeared with Livermore Valley Opera, West Bay Opera, and Opera Cultura. 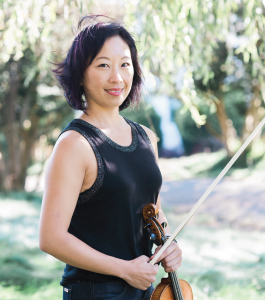 Eugenia Wie, a native of Chicago, began her studies with Betty Haag-Kuhnke and made her radio debut on Chicago Public Radio at the age of nine. During her formative years, she also studied with Josef Gingold and was a recipient of a Nicolas Amati violin on generous loan from Mary Galvin and the Stradivarius Society. She has performed in solo and chamber music concerts across North and South America, Asia and Europe. She completed her undergraduate studies at Rice University, where she studied with Sergiu Luca, and continued onto her graduate studies at The New School's Mannes College of Music where she studied with Daniel Phillips. In 2000, she won the Frank Huntington Beebe Grant allowing her to continue her studies abroad to Germany. After her studies abroad, she returned to Chicago, and served on violin and chamber music faculty at the Music Institute of Chicago where she also acted as Program Director of Chamber Music. She has performed on the Dame Myra Hess and Sunday Salon Series at the Chicago Cultural Center, NEIU's Mostly Music and Jewel Box Series, Music in the Loft which was also broadcast live on WFMT radio. Before relocating to San Francisco in 2010, she previously was a member of the Wisconsin Chamber Orchestra, ProMusica Chamber Orchestra and Camerata Chicago. Currently, she privately teaches in the South Bay, holds contracts with Santa Rosa Symphony and Monterey Symphony, enjoys performing regularly with Symphony Silicon Valley, and spends her summers at Music in the Mountains and Mendocino Summer Music Festivals. Most recently, she performed L'Histoire du Tango with guitarist, Eric Cabalo, at the opening festival weekend of Schroeder Recital Hall at Sonoma State University. 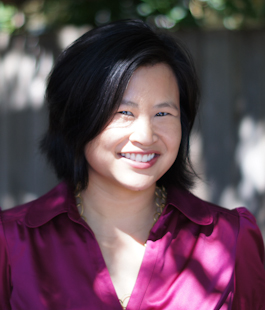 Stephanie Ng is a graduate of the University of California at Berkeley and San Francisco State University. She also studied in London with Paul Silverthorne, Principal Viola in the London Symphony Orchestra. She has appeared at Carnegie Hall other venues worldwide, including Moscow, St. Petersburg, Amsterdam, and Paris. She has performed with Barbra Streisand, Chris Botti, and in the Broadway tour production of the Lion King. Currently, she performs with many Bay Area ensembles, small and large, and teaches violin, viola, and chamber music. 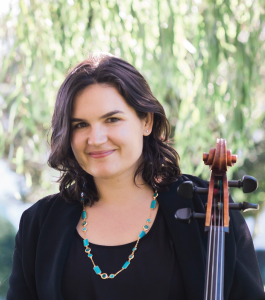 Sara Styles is an active cellist and music educator based in Menlo Park. She works for the El Camino Youth Symphony as their cello coach and Chamber Music Coordinator, is a teacher for Music for Families, and maintains a private studio. She can also be found performing with local symphonies or contracting ensembles for private events. Sara received her MM from San Francisco State University, and her BM from the Peabody Institute of Johns Hopkins University. To learn more visit Sara at www.sarastylesmusic.com.